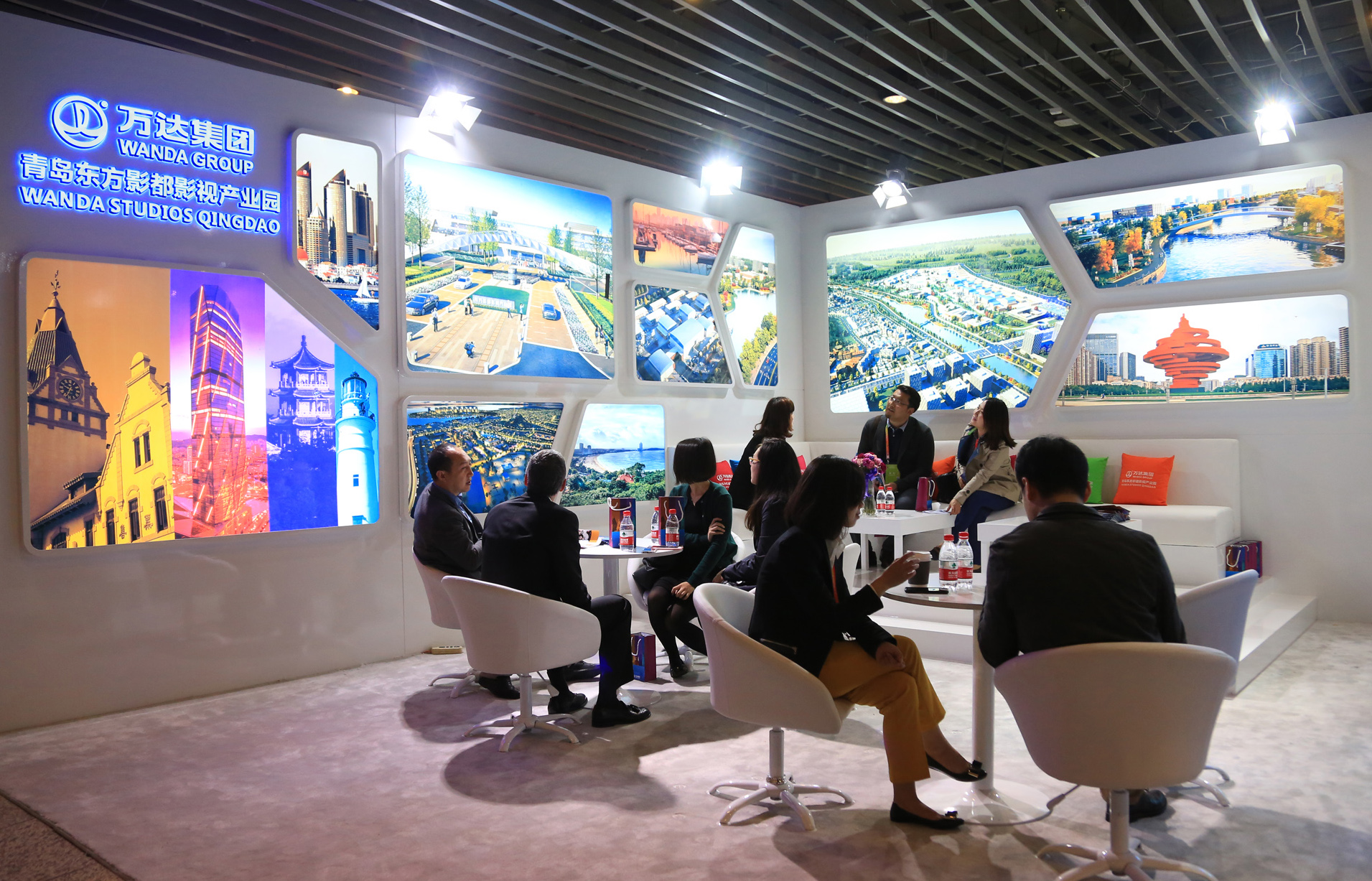 Wanda Studios Qingdao (WSQ), a subsidiary of the Wanda Group, made its successful Chinese debut on the stage of the Beijing Film Market—a key cinema fair at the Beijing International Film Festival (BJIFF) that concluded on April 20th, 2015.

BJIFF—Film Market, the largest-scale international film industry fair in mainland China with more than 1,000 exhibitors from more than 30 countries, will focus on choices for filming locations and post-production technologies.

Wanda Studios Qingdao will stand as the world’s largest film and television studio spread across 200 hectares, or 494 acres.  Upon completion, the development will house thirty purpose built sound stages, China’s most advanced temperature-controlled underwater stage, the country’s largest exterior water tank, a combination of natural scenery and custom-built locations, in addition to world-class facilities for post-production that will deliver the most advanced working environment. Such state-of-the-art facilities will allow WSQ to serve both the Chinese and overseas markets as a world class production base with offerings spanning the entire film and television industry. The first phase of the studio is scheduled to open in April 2017.

In addition to providing the highest quality production environment, the Wanda Group and the Qingdao Municipal Government has jointly established China's first film and television industry development fund. This dynamic and groundbreaking incentive program will provide significant financial support to qualifying projects from Chinese and international production companies.  Film and television companies that register and operate on the studio lot will also receive competitive tax rebates for qualifying productions.

In March, WSQ made its international debut at the annual Association of Film Commissioners International (AFCI) Locations Show in Los Angeles, a spotlight where it was seen by major Hollywood production companies and filmmakers around the globe

“Wanda Studios Qingdao, coupled with the competitive production incentives on offer, will significantly impact the film and television industry both domestically and around the globe.  We as a world class studio, are extremely excited by both the prospect and the opportunity that we are creating for both local and overseas production companies’. Chief Operating Officer Nancy Romano says.