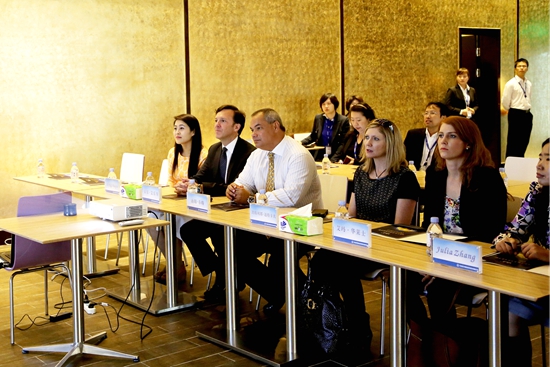 The delegation listen to the introduction.

Mayor Tate and his delegation first visited an exhibition center to watch a promotional video about the project's planning and construction, followed by a visit to the state-of-the-art Han Show Theater and Wanda Movie Park

Mayor Tom Tate expressed his surprise at the view being more breathtaking in real life than the video and showed great willingness to strengthen his relationship with Wanda Group.

Next： Wanda's One Nine Elms London project unveiled in Beijing