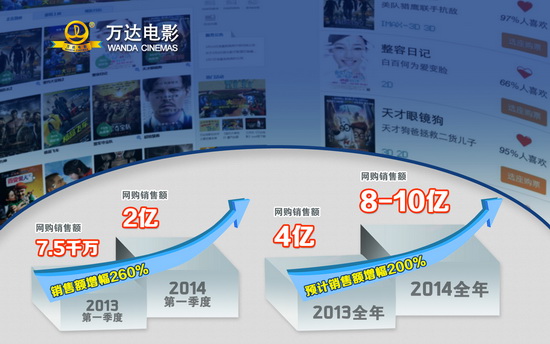 The e-commerce platform features ticket purchasing, film listings and prices as well as real-time tracking of film events, movie reviews and other activities.

Beginning from 2014, targeted e-commerce campaigns have been launched in sync with different films and public holidays, while key decisions such as upgrading mobile Wi-Fi and O2O infrastructure to cope with the arrival of 4G have ensured that Wanda Cinema Line retains its leading edge in the industry.