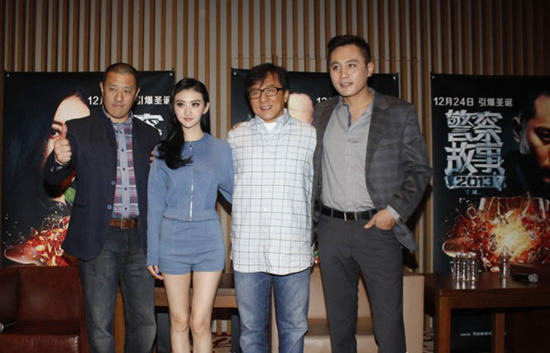 Jackie Chan has recently expressed his desire to star in "unique films". "Police Story 2013" is the 8th sequel to the original. Hong Kong films have a tradition of introducing an entirely new cast for film sequels, which has resulted in creating a numerous big stars over the years. "Once Upon a Time in China" was one such example, showcasing Jet Li, Guan Dexing and Zhao Wenzhuo to the film world.

"The only way a film can have a positive future outlook, is to keep on redeveloping its entire cast with each sequel," said Jackie Chan.