The fifth Wanda Fun Game, a series of "tabloid sports" for staff to have fun, relieve stress and build unity, was held at Wanda Institute in Langfang, Hebei Province on June 1.

Athletes compete during the 4 × 100 meters relay. 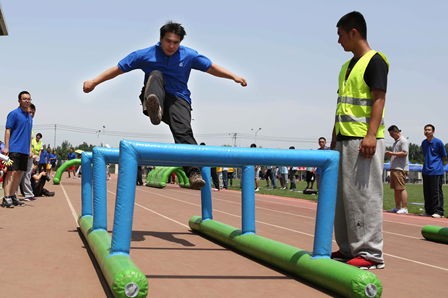 A contestant crosses the “hurdles”. 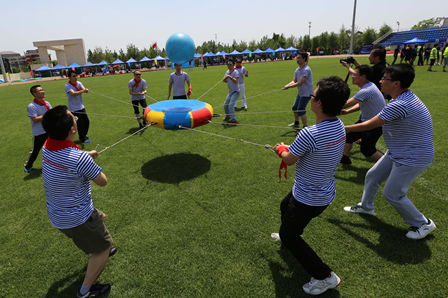 Contestants bounce a ball using an inflated tire. The group which can bounce the ball the most times in a minute will win. 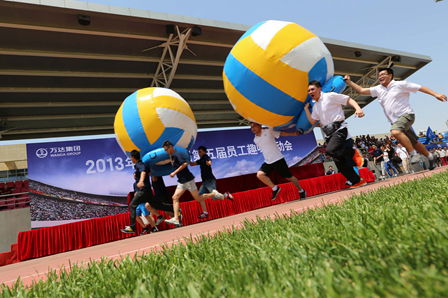 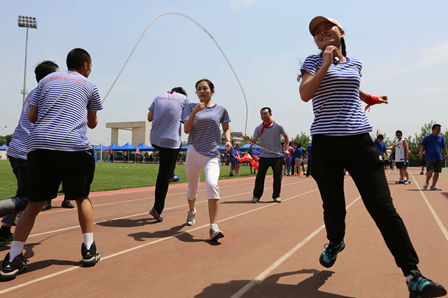 Athletes compete during a skipping competition. 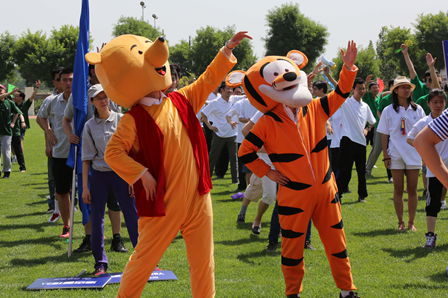 Athletes do warm-up exercise before the game. 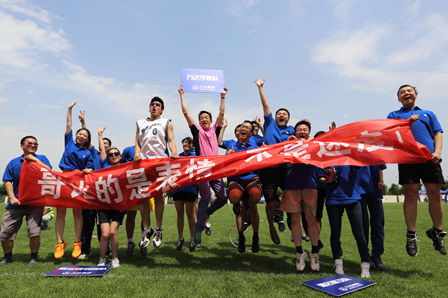 Participants pose for a group photo after the game.

Next： Wanda volunteers call for support to cornea donation