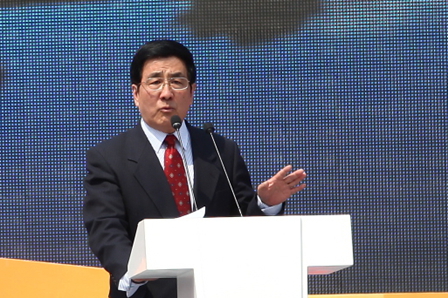 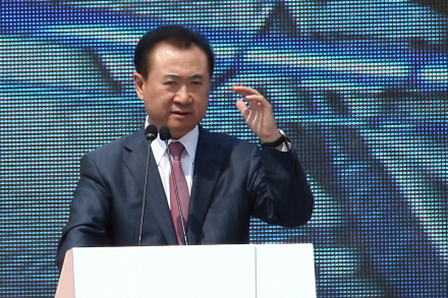 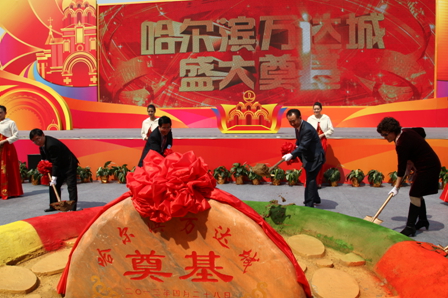 Lin Duo, member of the standing committee of the Heilongjiang provincial party committee and secretary of the Harbin city party committee, Zhang Jianxing, vice-governor of Heilongjiang, and Wang Jianlin, chairman of the board of Wanda Group, attended the groundbreaking ceremony.

Characterized by unique innovation, master designers, and Wanda's own intellectual property rights, the Cultural Tourism City is the world's first mega commercial project for cultural tourism and an innovative product from Wanda Group, which has rich experience in the commercial, cultural and tourism industries.

Located in the Songbei New District, the tourism city covers an area of 80 hectares with a total construction area of 900,000 square meters. It can simultaneously accommodate 50,000 visitors with daily maximum accommodation of 100,000 visitors. It is expected to receive 20 million visitors per year.
The tourism city will create 30,000 jobs and pay over 500 million yuan per year in taxes with expected annual revenue of 6 billion yuan.

Cultural projects in the tourism city include a large theater, a movie technology park, as well as the largest cinema complex in Northeast China.

The 90,000sq business center is a main axis of the entire tourism city that will integrate various projects.

Covering an area of 14 hectares, the hotel zone will consist of nine resort hotels including an ultra-five-star hotel, a five-star hotel, two four-star hotels and five themed hotels with a total of 4,500 rooms. The car park, with 4,000 parking spaces, covers a construction area of 120,000 square meters.

Heilongjiang Provincial Party Committee Secretary Wang Xiankui praised the project for filling the gap of the lack of cultural tourism projects in Harbin and enhancing the level of Harbin's urban positioning, adding that Wanda Cultural Tourism City will become the brightest cultural tourism attraction in Heilongjiang.

Wang added that in addition to the Harbin project, Wanda plans to invest in five more cultural tourism cities in Nanchang, Wuxi, Guangzhou and other cities.