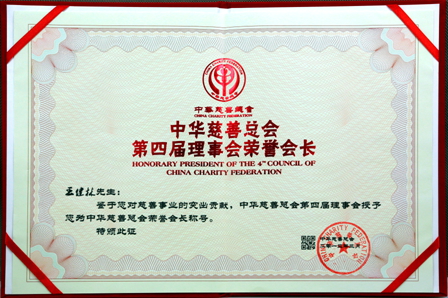 Wang Jianlin, Chairman of the Wanda Group, received the title of “Honorary President of China Charity Federation” at a meeting of the federation’s Fourth Council in Beijing on March 29.

This is the second time that Wang won the honor since 2008.

Among the three recipients of the title at the meeting, Wang is the only entrepreneur from the Chinese mainland.

Previous： Wanda to Invest $7.2B in Guangzhou