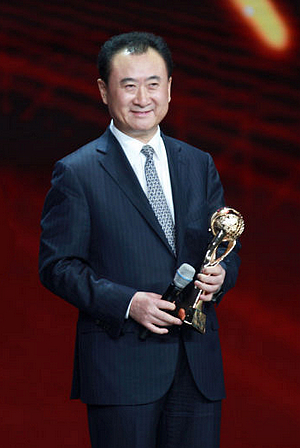 Wang Jianlin, Chairman of Wanda Group, was chosen as this year’s CCTV Economic Person of the Year at an award ceremony in Beijing on Dec 12.

It was second time that the chairman has won the honor. He was first chosen in 2005.

The award’s organizer said Wang was selected to receive the honor because “Wanda acquired AMC, the second-largest theater chain in the US, in 2012, and it became the world’s largest cinema chain operator. Chairman Wang proves that a Chinese enterprise not only can afford a foreign cultural enterprise but also can operate it well.”

Wanda Group began to invest in the cultural industry in 2005 and later established Beijing Wanda Culture Industry Group in November 2012.