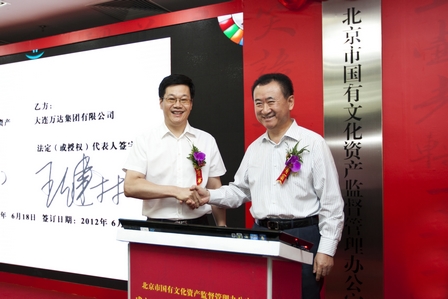 Among the 6 industries, Wanda ranks world No.1 in cinema line and stage show. Wanda has the world’s only film technology theme park. In entertainment chain and artwork collection, Wanda ranks No.1 in China.