Wanda Generates the Most Tax Revenue among Private Companies 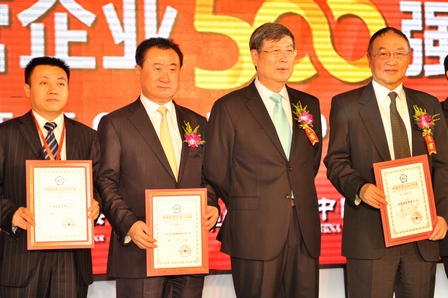 Chairman Wang Jianlin delivered a speech on behalf of the private company entrepreneurs on the press release. He noted, private companies have seen significant growth, however, the glass ceiling still exists. The current problems are: (1).There are hurdles for them to grow bigger; (2).Private companies do not receive the respect they deserve; and (3). Wealth is sometimes misused. The key to solve these issues is to lead the company to a society-oriented one, and the entrepreneurs should take up social responsibilities. As he understands it, there are three levels in the pursuit of wealth: for oneself, for fame and power, and the highest level —— for the society. Chinese companies, especially Chinese private company entrepreneurs who own the wealth themselves, should take up their social responsibilities.