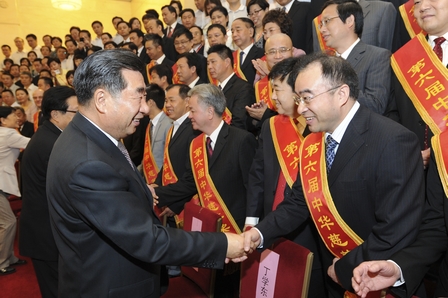 The result of the China Charity Award 2010 selection organized by the Ministry of Civil Affairs was released on July 15, 2011; Dalian Wanda Group won the prize of the ‘Most Loving Domestic Enterprise’. The China Charity Award has been granted six times since 2005, of which, Wanda received the award five times, and became the only enterprise in the country that won the award five times.

Wanda Group has always taken ‘create wealth together, benefit public welfare’ as their corporate mission, and actively returned favor to the society. As at the end of 2010, Wanda Group has cumulatively donated RMB 2.7 billion to social charities and public welfare, positioning itself as one of the private enterprises with the largest amount donated. In 2010, Wang Jianlin was awarded ‘National Role Model in Earthquake Relief’ by the Central Committee of the Communist Party of China, the State Council, and the Central Military Commission for the effort in the Yushu earthquake relief; Wanda Group was awarded ‘China Poverty Elimination Award’ by the China Poverty Alleviation and Development Office and the China Poverty Alleviation Foundation.